Hi all! I’m regretfully admitting that I have to push back my new release again. I’m still dealing with some things and, though I wanted to put out this book in the wintertime due to its setting, I’ll have to wait until I’m fully satisfied with it. I also need to rewrite its accompanying short story that I’ll be releasing for free download along with it. So, there’s still too much to do! And I’ll not beat myself up about the delay!

In the meantime, I’ve decided to post a series on my page here. It’s something written purely for fun with a Greek D&D feel and a little bit of silly romance, and it’s not quite up to my publishing standards, so you get it for free! I’ll be posting it in bits until I catch up to where I stopped it, and then if people like it I’ll write more. So here is: Katabasis (or its working title: SKELETONS!).

(Sorry, I don’t have anything drawn for this, so have a dinky AI cover.)

Whenever he left a town, he always let himself have a brief fantasy that he was leaving to return home, that he knew somehow where home was and was following the path there. That in just a few days’ time, he would be walking back in the gates, and would be greeted, and maybe the spell on him would be broken and he could respond to anyone who spoke to him.

He had a few spare minutes to let his imagination work this way as he left Kalfas. The road changed from stone to dirt as he left the bustle of the town behind and the temple of Athena on its little hill was lost behind the trees. The sun was rising, just peeking over the horizon, though that was hidden behind the foliage as well. He imagined that he had asked directions, and that he had requested transportation just up the road. A horse-driven cart passed by him and the fantasy dissolved. He couldn’t even ask the driver if he could ride in the cart. He wouldn’t risk just hopping in – sometimes the drivers beat him out of their carts. He had no directions, and he would have to walk. It wasn’t like he didn’t have the time for it, but there were other thieves in the woods, and he couldn’t outrun them on foot. He had been beaten that way, too.

Whatever. He was used to it.

END_OF_DOCUMENT_TOKEN_TO_BE_REPLACED

I am very busy! I am just here to tell you Black Heart is free through Wednesday! Click! Enjoy!

Black Heart is available today – on Kindle, KU, and IN PRINT! I can’t believe I actually have a copy of a book I wrote in my hand!

You might have already read this book, as it was posted on this site as I wrote it. This version is edited, and much better.

As for this site… I’ve completely forgotten about this place, haven’t I? Well, now that the madness of getting this book is done, I hope to post more articles, especially about all the self-publishing stuff I’ve learned along the way. In the meantime, check out my book.

Of course you do! So let’s talk about reader magnets today!

A reader magnet is a piece of writing – either a whole book or a short story – that you offer for free on a site such as BookFunnel or StoryOrigin or any other number of sites. In return for this free story, your audience hands over their email address in signing up for your newsletter.

I see a lot of people asking whether it’s worth it to give away something you worked on for free, and it might seem to go against everything you’ve been told (“Don’t give away your first book for free!”). But it’s a fantastic investment.

It’s best if you can write a reader magnet relating to your book that you’re putting up for sale. You can write a prequel, or write from the point of view of a character that isn’t the book’s main character. For my reader magnet, I did both – it’s the story of Sam (The Fallowing’s secondary character) before he meets Faye (the main character). I wrote this short story so that the reader can jump into it whether they’ve read book one or haven’t read any of my books yet at all. It explores the world I’ve created, and lets the reader view that world through a set of eyes that they won’t see through in the actual series, without giving anything away.

END_OF_DOCUMENT_TOKEN_TO_BE_REPLACED

My prequel chapter to The Fallowing is just one of the horror freebies in the Critters and Jitters promo. Click above to check it out, as well as 50 other free books and stories.

“Perhaps I’m going mad. All the sleeplessness and fear of what’s coming have gotten to me and I’m seeing monsters everywhere, even right next to me in a tent.

My mission was hopeless to begin with.

Night approaches, and I haven’t slept at all. And I’m freezing, lying here in my travel clothes. I need to get inside and produce some heat. The thought fills me with terror… the idea of going into one of those buildings with all those ghosts inside.

I am going mad. There’s no such thing as ghosts.”

The prequel to The Fallowing series is available now! I’ve been keeping this one under my hat, so I’m excited to finally share it with everyone.

“There’s a haze over New York City as I approach it, making it difficult to pick out buildings. But I know it will be in ruins. People have idealizations of D.C. bouncing back, but no one has idealizations of New York. It’s a wasteland, and no one wants anything to do with it. No one visits and no one thinks of moving there. The bombs hit it hard, the radiation hit it harder, and the survivors basked in the hell that was the shelters – surrounded by thin air, decaying bodies, and hunger. The last two complemented each other. When the surface was traversable again, every New Yorker unfortunate enough to still have to traverse it fled the city and never looked back.

There’s no fence around the city, no signs save the ones on the highway stating how many miles to go. No caution tape. But there is a desolation to mark its boundaries. Houses slowly grow abandoned as I trudge into the area and the number of cars increase, halted in the jam that was the exodus, draped in a thousand layers of snowfall. I check a few for gasoline, digging tunnels through the snow to the tanks, but they’re all sucked dry, either by the owners as they fled or scavengers later on, after the radiation settled and the snow showed no sign of stopping.

It doesn’t matter; I’m not here to scavenge.”

Read the rest for FREE by clicking here.

I’ve talked about getting a good book cover. Now I’m going to talk about editing.

Here’s a fact you aren’t going to want to hear: you need an editor. A good cover will make readers give your book a second glance, but you need to keep those readers once they crack open your book. It doesn’t matter how good a writer you are, how proficient your grammar is, or how many times you’ve reread your work. You’re going to miss things. You’re going to not know about some tiny grammatical issue. You’re going to have a sentence that makes perfect sense to you, but won’t to your audience. These are things I suspected before I hired an editor, but the edits I received cemented that fact. The thing is, you don’t know what’s gone wrong in your book before you have an editor comment on it.

First thing you need to determine is what type of editing you need. My stories are already highly fleshed out, finished, and complete. I’m concerned about word usage and repetition, so I looked for someone who could do copy editing on my books. Here’s an edit-rich section from my first book for an example:

If you have concerns about your story itself more than the grammar, you might need a developmental editor. Once you figure out what you’re looking for in an editor, it’s time to find one!

I wanted one with experience in the horror genre, and you’ll want one experienced in your genre. I posted for recommendations in a horror writers group on Facebook, and contacted several with requests for an edit sample, usually a page or two that the editor goes over and returns to you with comments. These help you pick someone who clicks with you and really gets what you’re looking for. One editor I contacted that came highly recommended refused to do a sample. I didn’t go with them.

Now you have an editor! They’ll cost a lot of money! Be prepared! As I’ve said, you’ve chosen an expensive hobby-turned-career. You’ll have to throw money down before the dollars flow back in.

My finely edited series The Fallowing is going up for pre-order, and will be available starting March 12th. Check out the first in the set here!

Okay, I’ll admit it – I made a mistake on my covers. But I’m not so proud that I can’t admit it.

I thought it would be really cool to have the series listed as “The First, The Second,” and so on, rather than “Book One, Book Two,” and so on. It seemed to fit the series and it would make it stand out, right? 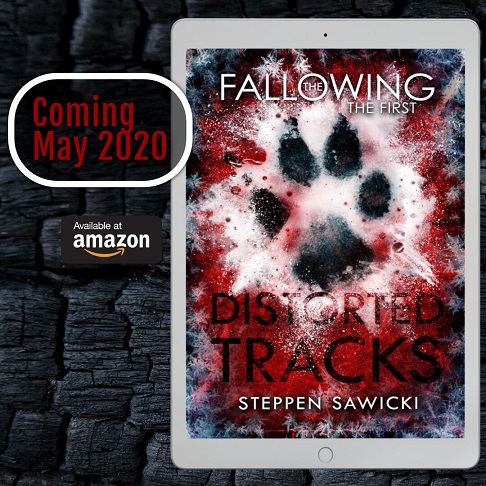 My first ever cover reveal! I don’t have the link for the pre-order of the book yet, because Amazon needs to approve it first. Lesson learned, but not that big a deal; I’ll just make more posts everywhere when I do have the link.

END_OF_DOCUMENT_TOKEN_TO_BE_REPLACED 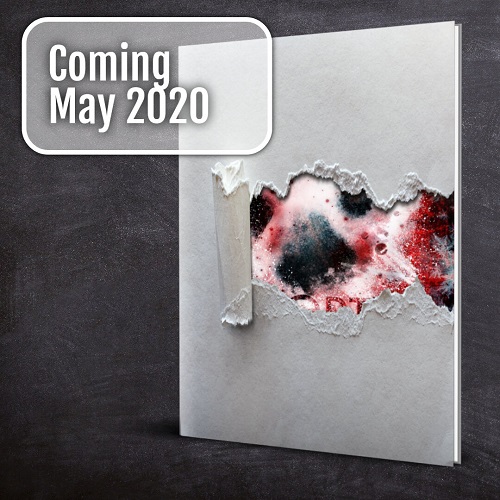 Now that I’m going into full self-publishing mode, I think I’ll post a bit more about my processes here. If you follow me on Facebook or Instagram, you’ll be seeing my cover reveals and blurbs and such, but here I’ll talk about it all. If it can help another author, I’ll be pleased. If it can’t help another author, well, I’m new at this – give me a break!